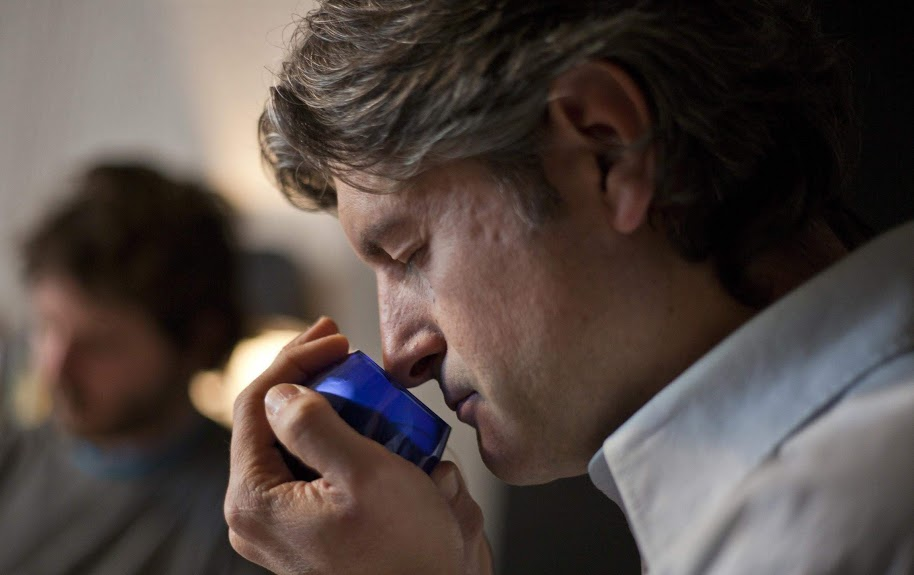 In the sensory analysis of virgin olive oil we work on the olfactory and taste sense. The olfactory sense is  the one that tells us in the first place if it is a fresh oil or an old or defective oil.

The olfactory receptors are the responsible to perceive aromas, and they are found in the nostrils.

Inside the nostrils are lined with a mucosa called the pituitary and is divided into two areas:

To stimulate the olfactory receptors found in the upper part, the substances have to be volatile, not very heavy. This means that  they must give off vapors that can penetrate the nasal passages, and that they have to be soluble in water so that they dissolve with mucus and reach the olfactory cells.

The aroma in virgin olive oil is perceived as a result of the interaction between numerous volatile compounds and their corresponding olfactory receptors.In general, we can say that  the aroma is the dominant perception of any food.

The sense of smell begins its operation, as we have said before, when it is stimulated by the molecules that are in the air we breathe or by volatile substances contained in the food that are taken to the nose or mouth.

The olfactory sense begins with the nose and includes other parts of the head and brain.The nostrils, smell receptor neurons, the olfactory bulb and the brain are involved in the olfactory process, which is where the process of identifying an aroma is carried out.

Olfactory sensations are not fixed or long-lasting. During an olfactory cycle of 4 or 5 seconds corresponding to a slow inspiration, a progressive increase in sensation is registered and then a slow disappearance.

For a substance in solution to be perceived as aromatic it is necessary  it to be volatile and to have a minimal weight, and this is the reason  why volatility influences as much on  its aromatic power.

On the contrary, the main compounds in virgin olive oil, as we have commented on several occasions, are triacylglycerols, but these, due to their weight,it is not possible to be smelled.

Hundreds of thousands of differentiated stimuli are perceived. However, we are unable to catalog since we do not have as many qualifiers in the language as would be necessary for it.

In other words, newly obtained, high-quality virgin olive oil has a simpler volatile compound profile than low-quality ones, which present a greater number of volatile compounds responsible for unpleasant odors and which come from different enzymatic and chemical routes. 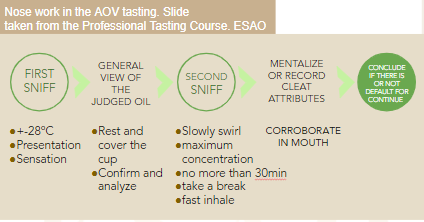 If you have found this article useful or interesting, you can consult more information about Virgin Olive Oil Tasting, on the ESAO blog, as well as the Virgin Olive Oil OnLine Tasting course. 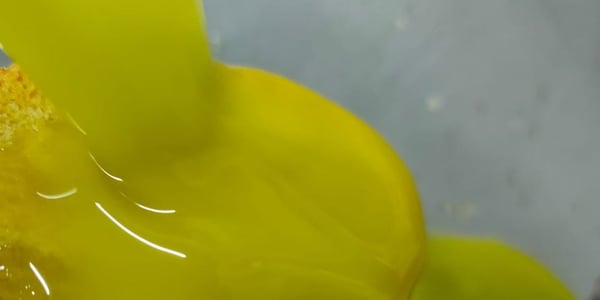 Extra Virgin Olive Oil (EVOO) is without a doubt a multi-functional food item; its complex aromas and flavors make it a versatile part of our gastronomy that few foods, and needless to say fats, can match. 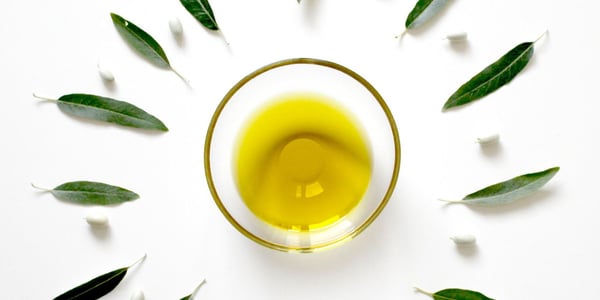 How is Olive Oil made

Known for its health benefits as a key component of the Mediterranean diet, Extra Virgin Olive Oil (EVOO) is a natural juice of a fruit, the olive. Extra virgin olive oil is the highest olive oil quality, an oil with irreproachable qualities and properties that make it an ideal product for the kitchen and excellent for our health and one of the healthiest fats that exist. 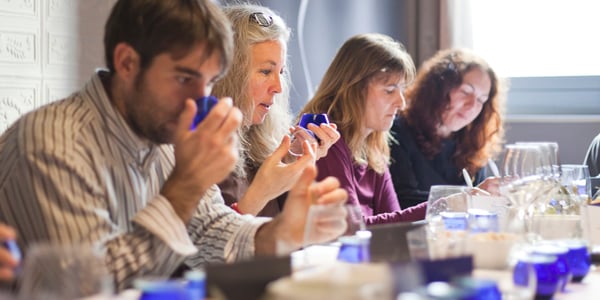 Extra Virgin Olive Oil (EVOO) is the highest quality olive oil there is . It is one of the healthiest fats and besides the health benefits its consumption provides, it is a joy to savour and to use in cooking.