Both the olive tree and its wild ancestor, the Acebuche, tend to produce a rounded, spherical crown.

A sphere is the geometric shape that has the least surface to volume ratio.

This is a mechanism of adaptation to the semi-arid Mediterranean climate, as it is a way to reduce the leave surface exposed and hence reduces transpiration.

However, the spherical shape, with having the least surface to volume ratio, is also the shape that produces the least, since production is directly related to the illuminated foliar surface.

It is important to maintain the least weight of wood possible in the crown of our olive trees, without impairing the crown volume. This is vitally important for adult olive trees, more so than in young ones.

Shoots that come out of young branches are always stronger and more productive than shoots that sprout from old branches.

Wood is always a burden on production. The less resources a farm has at its disposal, the more careful it should be in the wood management of its grove.

Adult leaves are the only photosynthetically active structures in the plant and act as a source of nutrients. 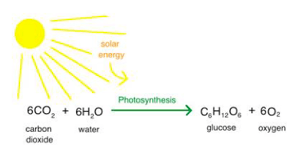 All the other structures of the olive tree act as receptors of nutrients, and compete among themselves for them.

For good production, we should make sure that the roots, shoots and fruits have the maximum supply possible of nutrients, while the living wood does not contribute directly to a higher production.

The concept of crown density can refer both to one olive tree and to the whole grove.

With low crown densities, sunlight shines equally on all the shoots of the olive tree.

With lush, dense trees, there are areas and shoots that get very little light, and these are not very productive, and moreover are reservoirs for fungi such as repilo.

Therefore, low density crowns are important not just for good illumination, but also because it favors ventilation and thus minimizes the damage from fungus and bacterial diseases.