Key moments when the olive tree should not suffer water stress

We should not think of the olive tree as a vegetable, or as a citric or subtropical tree, since those plants developed in environments where there was never any water stress. The olive tree is adapted to water stress during the moments of least physiological activity, and we should adapt our practices to this reality.

If the water content of the soil in spring is insufficient, sprouts, blossoms, and set fruit will be seriously affected, and the harvest of that year will be reduced or even completely annulled.

In the fall, a dry soil does not allow the fruits to accumulate dry matter, which translates into disturbances in the harvest, both in kilos of olives and kilos of oil. Humid soil in the fall allows the olive tree to be metabolically active and increases the percentage of pulp and oil in the olive.

In winter, metabolic activity in the olive tree is low to null, depending on the temperatures. Therefore, the need for irrigation is also minimal.

However, there is much debate on the question of irrigating in summer.

In summer, the metabolic activity of the olive tree is low; the higher the temperatures, the lower activity. It is simply an adaptation to the climate that the species developed.

This low metabolic activity allows a certain physiological rest for the tree and is considered just as important as the accumulation of cold hours for fruit trees, including the olive tree.

Therefore, it is not so advisable to irrigate in summer, because not only does it not produce an increase in dry matter and production, but rather it can actually contribute to physiological exhaustion of the tree and create disturbances in the following harvest.

So, in an olive grove where winters are mild, where winter plant growth barely stops, it is highly recommended that there be some water stress for the plant in summer, to compensate for the lack of rest in the winter.

It is very common to see with summers that are not excessively hot followed by a rainy fall, that at the end of harvest in winter, there is no difference in production between irrigated olive trees and dry-farm olive olive trees from the same location.

In the opposite case, in a mountain climate or in the north of the olive tree distribution zone, where winters are long and cold and plant life completely stops, the olive trees are in a true physiological dormancy for several months.

Other factors to keep in mind are the greater chance of root diseases with summer irrigation, such as verticillium. Likewise, plagues such as glyphodes or olive gull mites love olive trees with succulent growth in summer that comes from irrigation.

We should also keep in mind that the appearance of the olive fly depends on the turgor of the olive in summer, so a certain amount of water stress in the fruit is a kind of passive means for keeping the fly from stinging it.

On the other extreme, olives that suffer intense water stress at the beginning of the season produce oils that are excessively pungent, bitter and stringent. While being very stable oils, they will be too strong for the majority of consumers and should be used more as an addition to other less quality oils than for direct consumption. 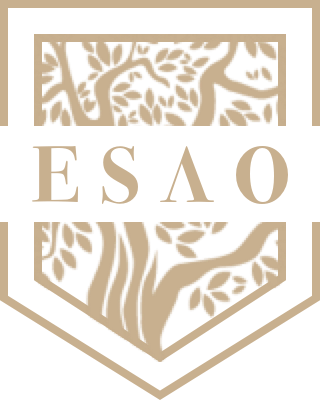